Follow a structured process to analyse and evaluate critical conditions in your strategy. Record learnings and insights and make changes to your strategy accordingly. 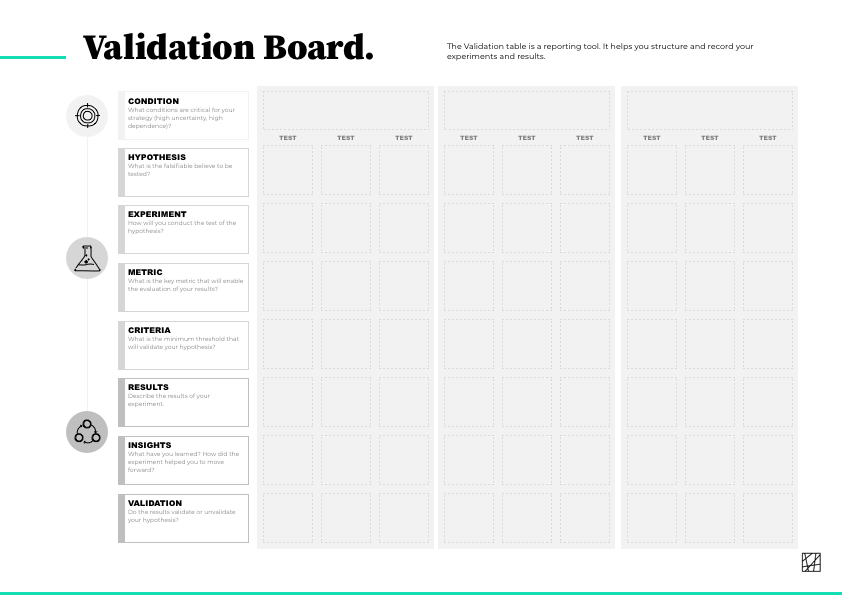 Validation is an ongoing process and not a set-and-forget exercise. For every critical condition identified one or more hypotheses can be derived and tested. The test results will help in understanding what changes you should make on your initial strategy and/or how to accommodate for potential risks.

For each condition, record multiple tests. Start by writing down a falsifiable hypothesis. Then describe how you will test that hypothesis. Specify the metric to be measured and the criteria for evaluating the test results.

Example: We want to successfully launch an ice cream truck in a new area

Condition: New geography has to have a high amount of young families (the target audience)

Experiment: Count the number of schools in the neighbourhood and compare with national average.

Criteria: If the # of schools is above X, then the hypothesis is validated.

After conducting the experiment, it’s time to evaluate the results and reflect on the new learnings. Be detailed about your findings as they can inform future experiments. Was your hypothesis validated? If so, move on to the next one. If not, take a step back and rethink your approach.

Results: The number of schools was below X.

Insights: Although the number of schools didn’t meet the target, we found out that the two new schools are due to open next year.

Validation: Unvalidated → Rethink your strategy: Change location / Wait to launch next year / Do a new test to understand if families are already moving to the neighbourhood because of the schools that will open next year.

Fill in the form to get the template. Delivered straight to your inbox by the magic internet elves. 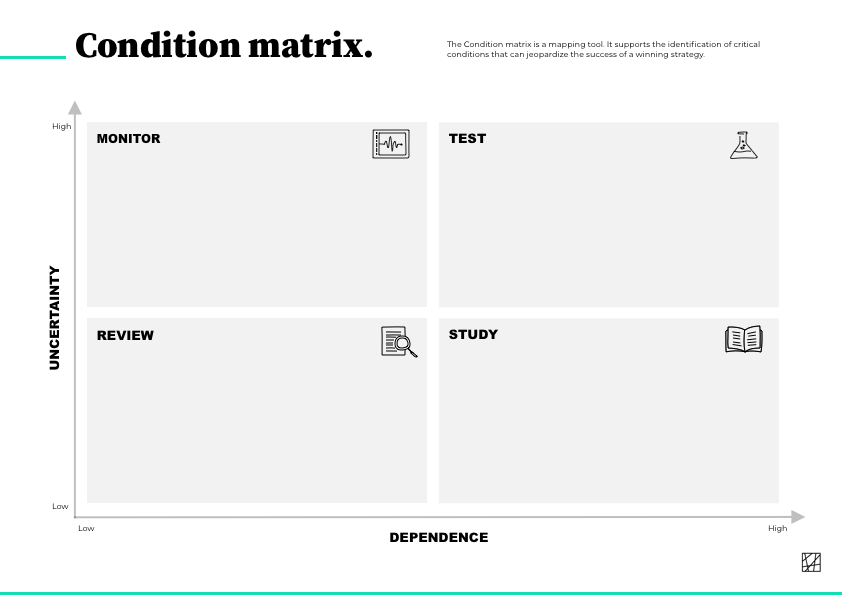 Map out, identify and monitor the critical conditions in order to optimize your chances of success of a winning strategy. 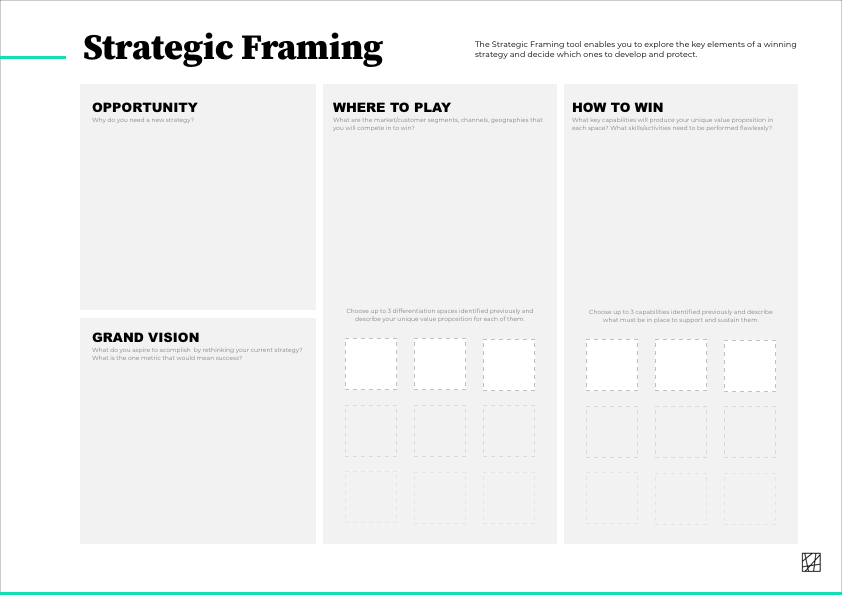 Explore the key elements of a winning strategy and decide which ones to develop and sustain with the Strategic Framing Canvas. 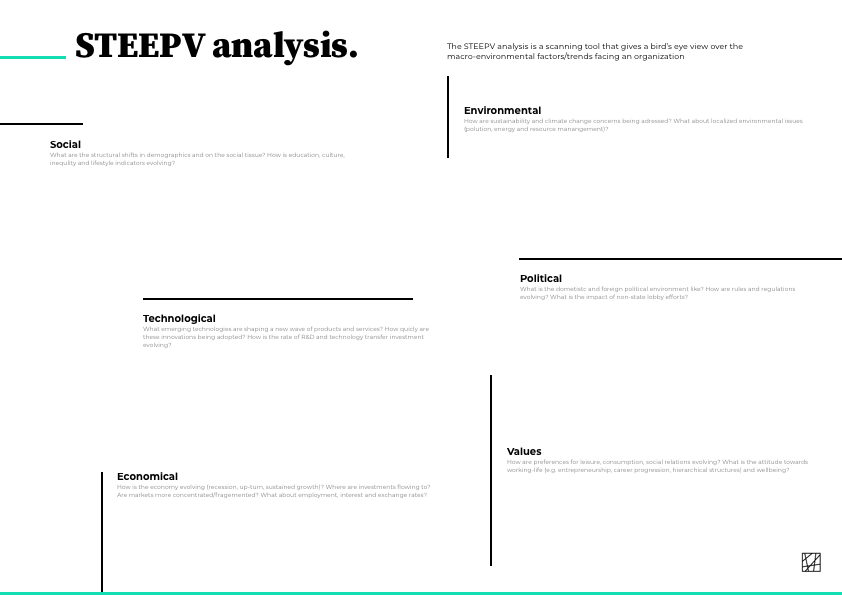 Structure your thinking around the macro-environmental factors/trends facing your organisation. This canvas will give you a bird’s eye view to inform strategic business decisions.